Transplanting of vegetable seedlings is now well under way. Crops such as broccoli, cauliflower, lettuce, cabbage and celery are usually planted with significant amounts of fertiliser to ensure strong early establishment and growth. The crops are then irrigated with overhead sprinklers. This system has worked well for generations of growers, but it can be improved.

Using overhead sprinklers to saturate the soil soon after planting increases the risk of leaching – the loss of nutrients down through the soil profile and beyond the root zone.

Nitrate nitrogen is very mobile and will move with the wetting front. As you might anticipate, in young transplanted crops with very shallow root systems, the nitrogen doesn’t need to go far to be positionally unavailable, i.e. out of reach below the root zone.

Assessing the risk of leaching

Soil types vary in their capacity to hold and store moisture. Light sandy soils are renowned for having poor water holding capacity, while soils with more clay or loam have higher water holding capacities. Growers and their advisers can assess the risk of leaching on individual fields with soil tests from the Nutrient Advantage® laboratory. Soils most at risk of leaching losses will be those lighter soils with a cation exchange capacity (CEC) of less than four cmol (+)/kg.

The amount of nitrate nitrogen in the soil will also influence the likelihood and size of leaching losses. Growers and their advisers should use soil testing to determine soil nitrogen levels at planting and set appropriate planting fertiliser rates at planting. This will help avoid the over application of fertilisers and reduce the risk of large leaching losses.

Good nitrogen management involves applying appropriate products at appropriate rates; placing the fertiliser where the plant is best able to use it; and timing applications for use during periods of greatest crop need, i.e. matching nitrogen supply with crop demand. Sometimes it is difficult (or even impossible) to achieve all these goals. Adding an ammonium stabiliser with the fertiliser such as ENTEC® Nitrophoska® Special or eNpowerTM 18:20 may assist with improving nitrogen efficiency in these situations. 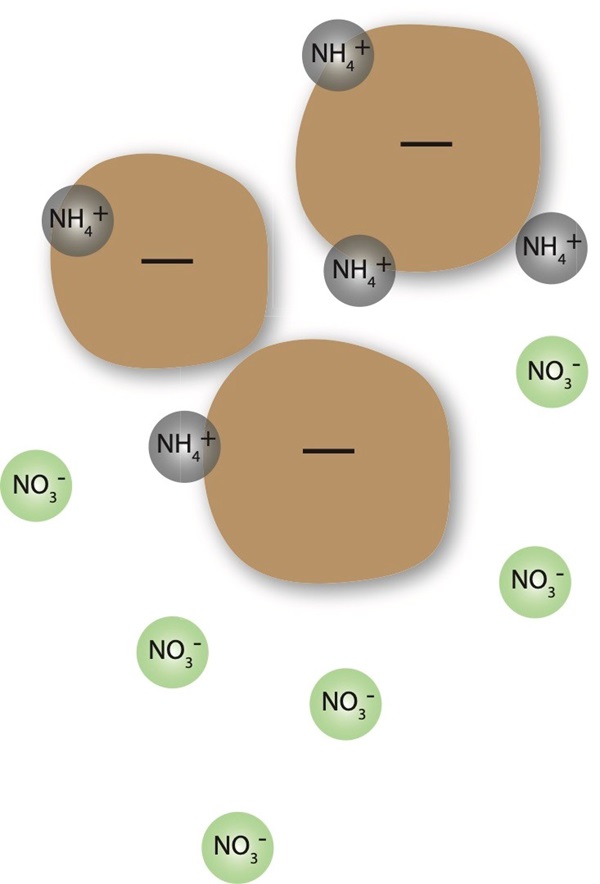 Nitrification is the process by which ammonium is converted into nitrite and then into nitrate by soil bacteria. Nitrification can occur quite rapidly when using traditional fertilisers, given the right conditions and soil temperatures.

In a laboratory experiment under a moist alkaline vertosol soil (cracking clay) kept at a constant 25oC, 97% of applied urea had converted to nitrate after 14 days (Figure 2). The same research project showed that using ENTEC stabilised the majority of the nitrogen applied in the ammonium form for a number of weeks (Figure 3). 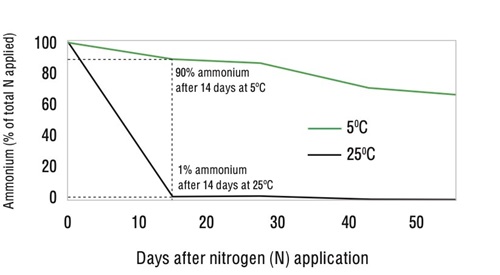 It’s also important to remember that nitrate-nitrogen doesn’t just come from fertilisers. Residues from the previous vegetable crop can contribute significant amounts of nitrate to the soil. Research by De Neve and Hofman (1998) suggested vegetable crop residues may release up to 150 kg/ha of nitrogen into the soil through mineralisation, presenting serious leaching risks.1 However, we have also seen the nitrification from crop residues inhibited through the use of DMPP (the ammonium stabiliser used in ENTEC). Chaves et al (2006) reported that using DMPP inhibited the nitrification from cauliflower crop residues for at least 95 days.2 They concluded that using DMPP showed potential to reduce nitrate leaching after the incorporation of crop residues.

Vegetable seedlings take up very small amounts of nitrogen per day in the first few days after transplanting due to transplant shock. Protecting applied nitrogen until the demand from the crop increases by using an ammonium stabiliser has the potential to make a real difference in reducing leaching losses and improving the efficiency of nitrogen applied in cropping systems.

For more information on using ammonium stabilisers to reduce the potential for leaching losses in vegetables systems, feel free to contact me at conrad.leeks@incitecpivot.com.au or 0466 664 026.

eNpower Nutrition for the long run...