Strategies for improving run down pastures

Pasture productivity decline is widespread in Australia’s northern pastures. While it is often attributed to poor seasonal conditions, and drought certainly has been a factor, other issues including nutrient deficiencies are generally involved.

Run down pastures are not difficult to identify. There’s a change in pasture density, reduced ground cover and often there are invasions of weeds and native pastures as well. There is likely to be little or no flowering or seed heads. Sometimes there are prominent green areas of better growth around dung and urine patches or cattle camps.

There are three main strategies for dealing with run down pastures. The first is to accept the lower pasture production. This may involve reducing stocking rates, supplementing stock with other feed sources or putting up with reduced animal performance.

Another strategy is to increase nitrogen cycling through the mechanical disturbance of the soil surface to release some of the soil’s organic nitrogen. The tillage shatters the compacted surface soil layer, increasing aeration, water infiltration and incorporation of surface litter and manures. Less favourably, however, it can leave producers with loose topsoil that can be lost via erosion or blown away by the wind. It can also be costly in terms of fuel, labour and wear and tear on machinery and provide only short-term results.

Before making a major fertiliser investment, arrange tissue testing or soil testing to assess the availability of phosphorus, potassium and sulphur. For nitrogen, it is better to buy a bag of urea and apply it as a test strip. The recommendation from the Queensland Department of Agriculture and Fisheries and New South Wales Department of Primary Industries is to apply between 50 and 100 kg/ha of nitrogen. If this shows a benefit to pasture growth, an early spring application to the whole paddock can be considered. See Photo 1. 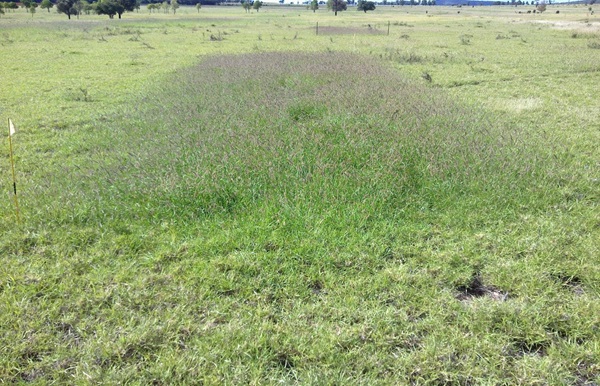 Photo 1: An example of a pasture response to nitrogen in a test strip.

Nitrogen fertiliser options include urea to provide a straight nitrogen source or a specially developed multi-nutrient pasture fertiliser such as one of the Boosta® range of fertilisers or a custom blend to match nutrient requirements. Incitec Pivot Fertilisers’ custom blending service allows tailored blends to be created to give the pasture all the nutrients it needs to perform without adding any that aren’t required.

When urea is topdressed to pastures, there is always a risk of volatilisation before it is moved into the soil. Losses of around 30% have been recorded in trials conducted by independent researchers (Suter et al, 2013 and Schwenke et al., 2012). Where rainfall is not reliable, Green Urea NV® has been shown to significantly reduce these losses by delaying the formation of ammonia for up to 14 days.1 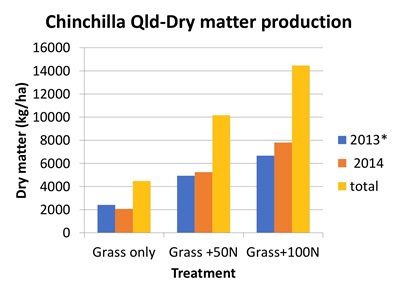 While strategic fertiliser use can play a role in high-value pastures (Figure 1), legumes provide the best opportunity for long-term improvement of larger areas. Inoculated legumes can contribute significant amounts of valuable nitrogen to the grasses in the pasture base. Adding legumes also improves the quality and diversity of feed for cattle. As long as the legume is managed well and not over grazed, it may persist across many seasons.

That’s why any improvement strategy involving planting legumes such as Leucaena, Caatinga stylo or Desmanthus should start with soil testing. For a better chance of success, select the higher phosphorus soils first and apply a phosphorus and sulphur source such as SuPerfect® before establishment.

Trials at Wandoan and Moura found that pasture growth and liveweight gains in cattle improved when they grazed legume-based pastures supplied with adequate levels of phosphorus (Figure 2). In fact, liveweight gains per hectare increased by 60 to 160 per cent. 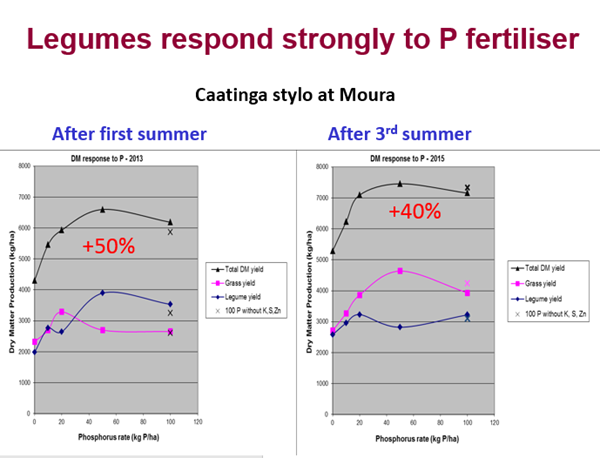 Figure 2: Response of Caatinga stylo to phosphorus fertiliser at Moura in 2013 and 2015.

To read more about this research into using legumes supported with phosphorus, click here.

To discuss pasture improvement further, give me a call on 0417 896 377 or send me an email at bede.omara@incitecpivot.com.au.